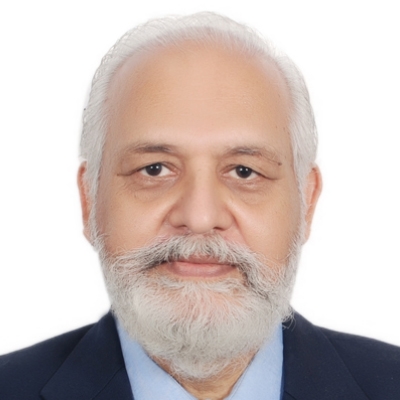 Mr. Vivek Dhokalia grew up in Varanasi. He passed the Senior Cambridge examination in 1972 from St. John’s School, Varanasi and went on to do his B.A. (Honors) in Economics from Delhi University. Being keenly interested in the concept of justice, he pursued legal education from Banaras Hindu University (LL.B), Southern Methodist University(M.C.L) and Yale University( LL.M), where his mentor was Professor W. Michael Reisman.

Starting his legal career in 1981 as a junior to the eminent jurist, late Dr. L.M Singhvi, Mr. Dhokalia has practiced law in India continuously since 1986 in association with some of the nationally leading New Delhi based law firms, such as Singhania & Co. (October 1986-May 1987); Remfry & Son (June 1987-October 1988 as an Associate); J.B. Dadachanji & Co. (November 1988 to June 1992 as a Senior Associate); New Delhi Law Office (July 1992 -October 2003 as Partner; and K & S Partners (from November 2003 to December 2015 as a Partner). In the aforesaid roles, he worked on wide ranging issues concerning Corporate and Commercial matters and has assisted some major multinational companies with their India-bound investments including structuring and setting up Joint Venture operations in India. He has also extensively advised and litigated (particularly at the Delhi High Court and Supreme Court of India) on issues relating to both protection and enforcement of Intellectual Property and Technology Transfers and Licensing agreements.

In the IP domain, he has been the legal counsel in some of the landmark reported IP cases including Polson Dairy, Revlon (Trademarks), Puneet Controls (Copyright), Lintech/Marvel Engineering (Patents), and United Breweries Ltd. (Kingfisher advertising case).

Mr. Dhokalia also worked in 1982-83 as a Foreign Law Consultant to Wolf, Arnold & Cardozo in Washington D.C. where he was part of a small team led by the firm’s Managing partner Maurice Wolf which prepared and submitted to the Inter-American Development Bank a report containing recommendations for reforms to Foreign Investment Code of Republic of Guyana. In 2002, he was selected as the Legal Consultant of the Asian Development Bank project to advise on law reforms required in Bhutanese laws to promote Foreign Investments and in setting up a Dry Port at the Indo-Bhutan border.

He has been a regular speaker for over 25 years at various conferences, seminars and workshops held by Ministry of Corporate Affairs (Government of India), Indian Law Institute, IIT Guwahati, National Technical Teachers Training Institute, Institute of Chartered Accountants, National Law University (Ranchi), Hamdard University School of Business, MSME Development Institute of the Ministry of Industry, WIPO, FICCI and Small Industry Associations in the NCR area. He is also occasionally invited to adjudicate student Moot Court competitions. As a Life Member of the Indian Society of International Law since 1986, he was a Member of its Executive Council between 2012-15. As a trademark practitioner dealing with international clients, he was also a Member (2005-06) of the Security Interests Sub-Committee of the International Trademark Association.

Since 2016, Mr. Dhokalia is an independent Legal Counsel on commercial transactions, commercial arbitration, Distribution contracts, Technology Licensing, and trademark and copyright protection and enforcement. He also acts as an Arbitrator and Mediator in private disputes. He was the Member of Arbitration Advisory Committee (2017 to 2021) of the Delhi University. He has edited two books, ’International Law Towards New Global Order’ (Taxmann: 2013) and ‘Human Rights, Values and Cultural Ethos’ (APC: 2018). 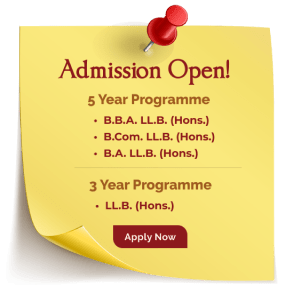 We welcome Dr. Ananth Padmanabhan as our new Dean!